Polymers are really big molecules, made up of lots and lots of smaller molecules joined together. They can make materials bouncy like a rubber ball, stiff like a plastic toy, or stretchy like a piece of gum. One great way to play around with polymers — and to do some hands-on experimentation with chemistry in general — is to make your own slime.

Learn how to make super slime, pick-up putty, a glowing bouncy ball, and more with our Chalkboard & Glow Slime Crate! 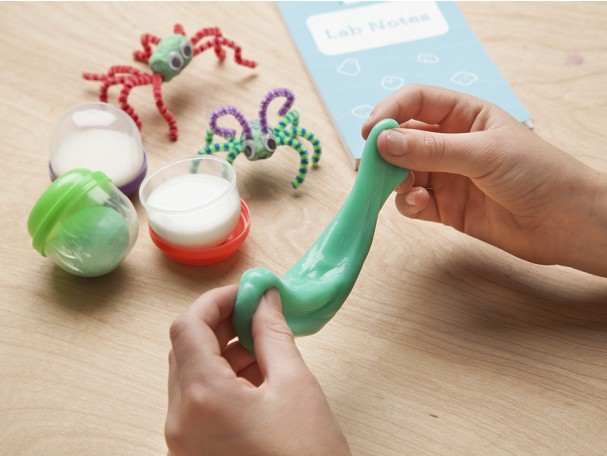 Kids will love oozing the sandy goo through their fingers. To add an element of science fun, try experimenting with different ratios of glue and liquid starch to form slime of varying consistencies. For this slime, have school glue, liquid starch, and sand at the ready! 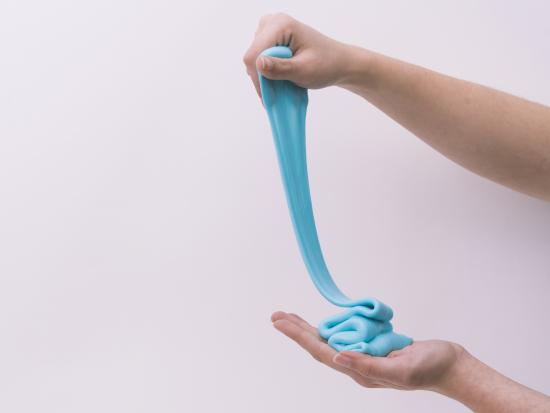 In this experiment, we uplevel your standard goo to a jet-black magnetic version that will magically move and dance without you even touching it! You’ll need liquid starch, white glue, iron oxide powder, and magnets.

Create an amazing, oozing mix of ingredients that encourages sensory play fun. Don’t worry about getting a little messy, because who doesn’t like slime? Bury little treasures inside your golden slime and dig them out!

Create a little monster to keep your slime safe! You’ll need glitter glue, small containers (baby food jars work), and liquid starch to make these little polymer monsters. Quick tip, be sure you don’t add too much starch, or rather than stretch, it will quickly get a bit stiff and start to snap when pulled apart. 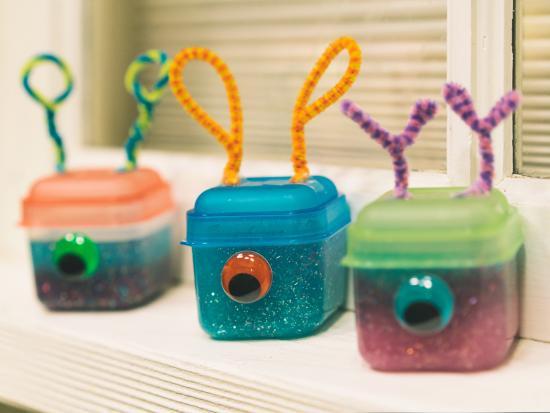 Learn more about polymers with these four science projects!

Did you know that fruit gummies get their chewy texture from polymers? You can picture the molecules that make up gelatin as long, twisty chains. When you heat up the gelatin and water mixture, the heat causes those chains to break apart into smaller pieces. When the mixture cools, the broken-up chains start to stick to each other again. But they do this in a way that creates tiny pockets in between them. Tiny drops of water get trapped in those pockets, which creates a yummy gummy texture. 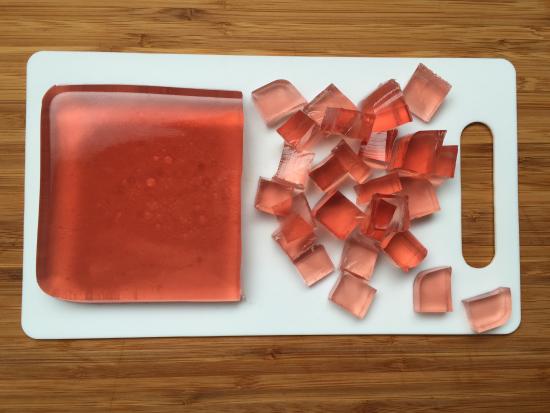 Plastic from milk? Sounds crazy, but it’s true! Before modern plastic was invented, this type of plastic was used to make things like buttons, beads, and pens. Were you ever told – Drink your milk, it’s full of protein! Well, that protein, called casein, is what you turned into plastic. Casein is a polymer, and up close, casein molecules look like squiggly balls. The vinegar makes the squiggles unfold, stretch out, and grab onto one another. 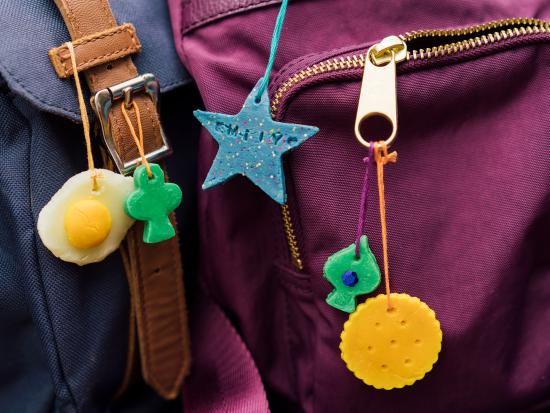 Did you know you can make your own bouncy balls at home? The glue you used contains some super-long molecules called polymers. In the glue, these polymers are free to float around without getting tangled up with each other. But when you added the borax, that caused a chemical reaction to take place. That reaction caused the long polymer molecules to stick to each other. This makes it impossible for the molecules to slide past each other, and that’s what turns the liquid glue into a bouncy ball. This type of reaction is called cross-linking.

Most plastic bags are made of polyethylene, a polymer that is durable, flexible, and shaped like long strands.  When the pencil is quickly pierced into the bag of water, the polyethylene molecules separate but don’t break, forming a seal around the pencil.

One Reply to “5 Easy Slime Recipes for Kids”