March Madness is upon us! It’s a fun time to guess which college basketball teams will win, but did you know that basketball actually has a lot of science behind it? Physics, friction, probability, and more! So what better time to take a look at some basketball science?

First, let’s look at the ball itself. 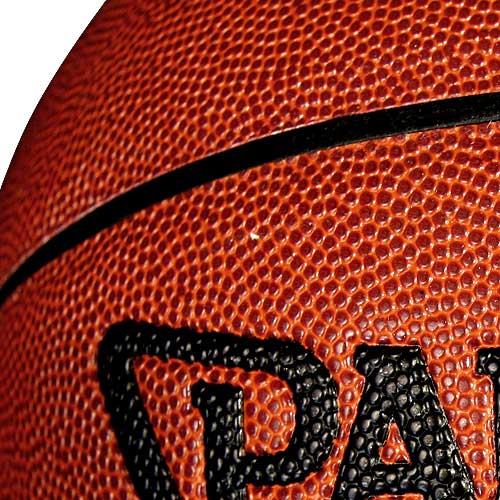 Have you ever noticed the bumpy dots on the surface of a basketball? That’s called pebbling (they look like tiny pebbles, don’t they?) When basketball was first invented as a sport, the players used a soccer ball. But obviously, soccer balls aren’t meant to be gripped with your hands, so they can be smooth. Trying to grip and dribble smooth balls on the smooth floor of a gymnasium added up to a problematic lack of friction.

What’s friction and why does it matter in basketball? Friction is the resistance between two surfaces. Add a little more friction to the ball  makes it easier to dribble, pass, and shoot because it’s less slippery in your hands. (Have you ever seen a basketball player lick their hands during a game? It may seem kind of gross – but they do that also to make their hands stickier and add more friction!)

If you drop a basketball onto the ground with a bit of force, it will bounce–the first few bounces will be high, but the bounces will get progressively smaller until it stops bouncing altogether. Why?

The air inside a basketball is pressurized, which means that there is more air crammed inside the ball than there is outside of it. High pressure => faster-moving air molecules inside the ball => higher kinetic energy, which is a fancy name for the energy of objects in motion. The energy of the compressed air inside a basketball pushes it back up from the ground; gravity and the friction of air around it act against this upward motion, and pull the ball back down again. That’s why a ball pumped with so much air that it’s almost bursting will bounce higher, and longer, and a ball that’s sorta flat will only bounce a few times before coming to rest on the ground. Basketball players figure out – with observation and practice! – how much force they need to use when dribbling a ball, based on how much air pressure they can tell is inside.

In the NCAA tournament, your bracket (all the teams playing in the tournament, and who plays against whom) includes 64 teams. That allows for 2 to the power of 63 (9.2 quintillion) possible outcomes!

Of course, there are some things you can do to improve your odds: if you bet that the highest-ranked teams will always beat out the worst-ranked teams in the early rounds, that’s a good way of raising your chances for a perfect bracket. But even then, your odds will probably only increase to 1 in 128 billion, which is still not great.

Check out this video to learn more!

Did you know that basketball players are trained to shoot from their fingertips, not from their palms? The reason for that is that if you release a ball from your fingertips, it will automatically have “backspin.” “Backspin” is just what it sounds like: the ball is spinning backwards, even while it’s moving forward through the air toward the hoop.

Why does backspin matter? Well, try throwing a basketball directly at the rim or backboard as hard as you can (no backspin!). If you aim straight and throw hard, it should bounce right off in a relatively straight line, going in the opposite direction of the hoop.

Now try shooting it toward the rim or backboard while putting some backspin on it.. You’ll notice that it won’t ricochet violently off the rim or backboard like it did the first time–it comes off slower and stays closer to the hoop when it bounces off — close enough, hopefully, to fall right in. 🙂  A little bit of backspin increases your chances of the ball falling into the hoop when it bounces off the backboard.

Check out this video to see the EXTREME effects of backspin on a basketball:

Looking at the physics of a game is fun, but the best way to get better at anything, including basketball, is to get out there and see how it works in real life! Find what works best for you and practice until the ideal physics of dribbling and shooting become second nature. Remember: you miss 100% of the shots you don’t take, so keep at it! Better to miss a few shots than not take them at all 🙂 Happy March Madness! Who do you think will win?