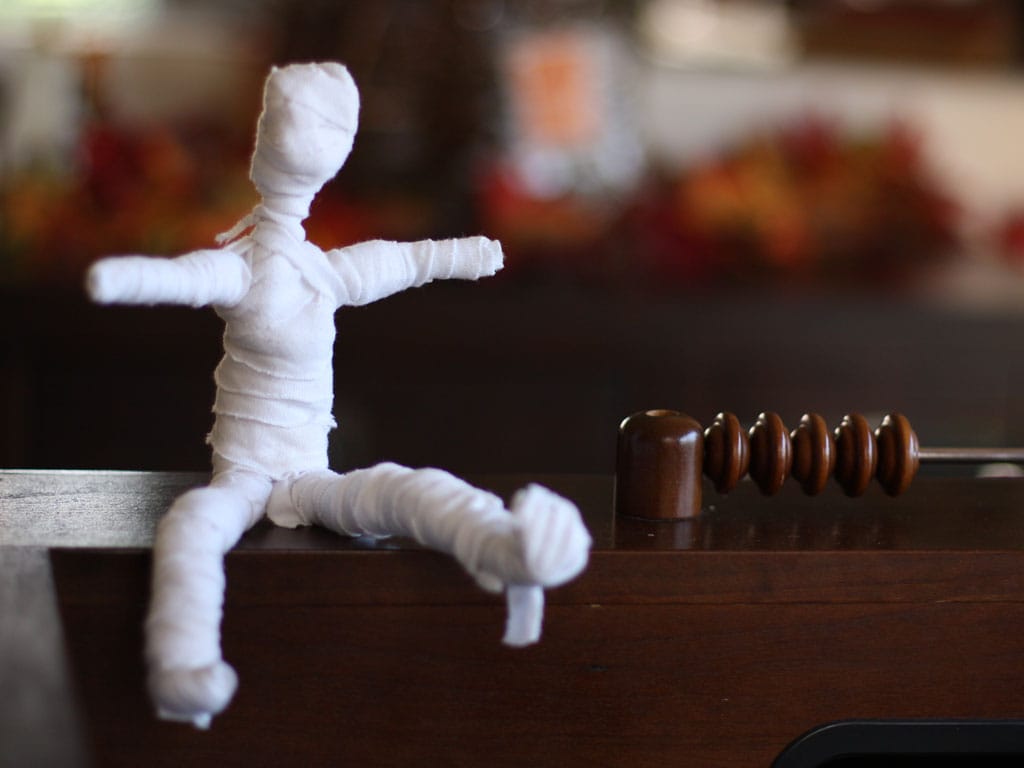 You can turn this simple DIY into a learning lesson by introducing the science behind mummification! We also recommend using your mini-mummy to start a new at-home Halloween tradition. While your kids are sleeping, move the mummy into a different spot just like the holiday tradition of Elf on the Shelf!