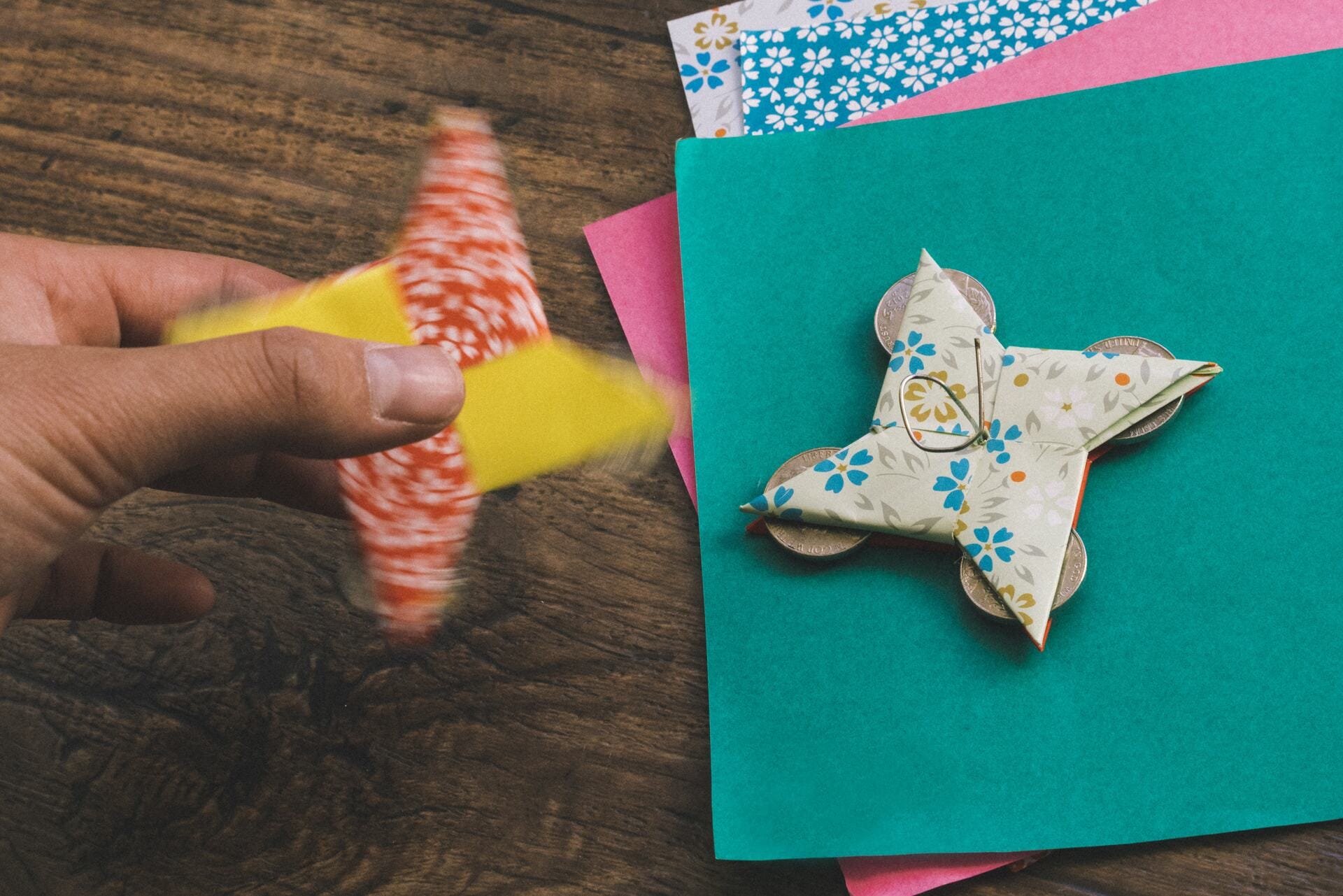 These twirling toys are all the rage, so we decided to put our own little spin on them. Using just two sheets of colorful origami paper, glue, a paper clip, and four coins, learn how to create your own personal spinner to both amuse and amaze.

If you already know how to fold an origami ninja star, skip to Step 19!