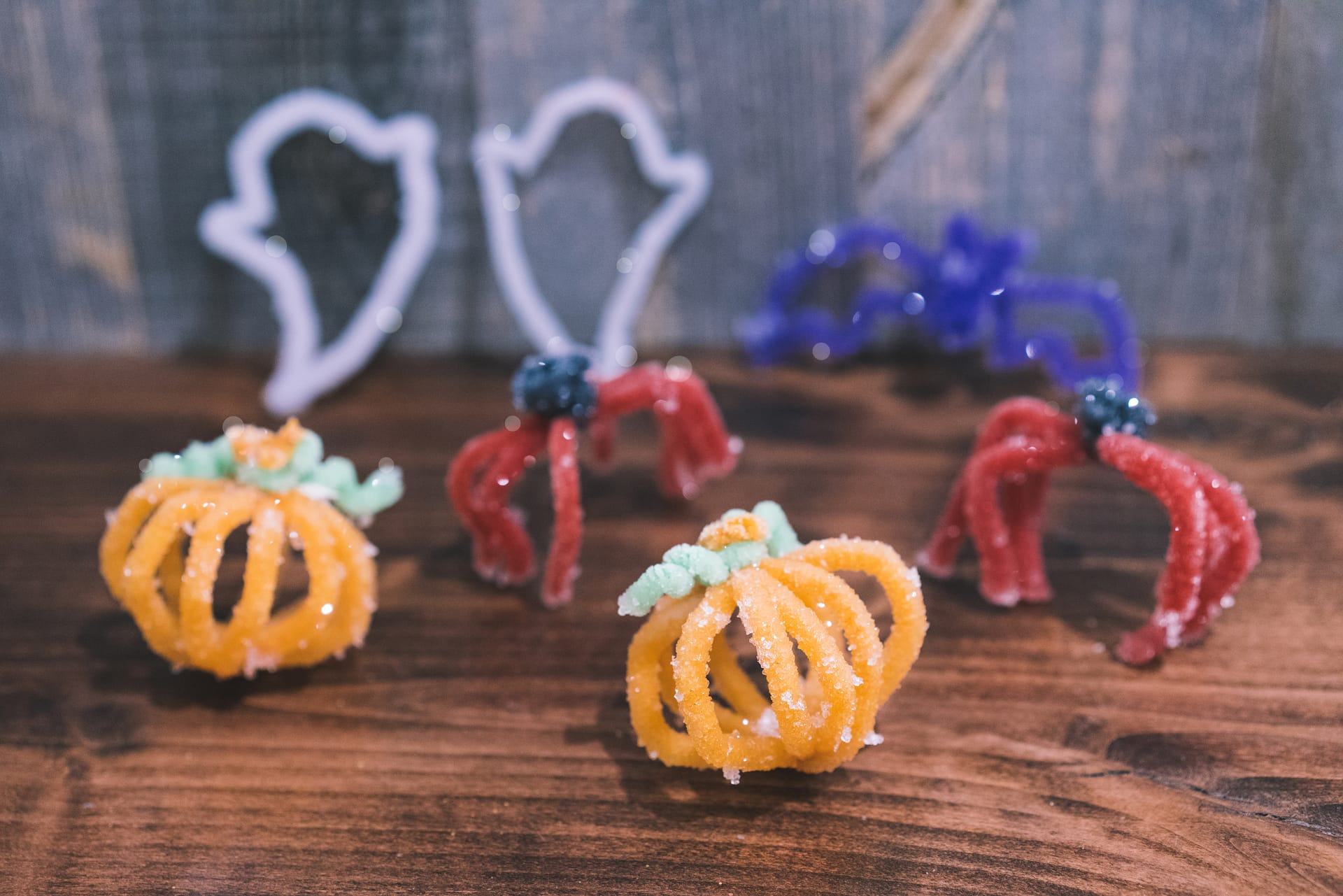 Ready to try some spooky science, we made some little Halloween crystals to decorate our home! The project takes some time but it was fascinating to grow crystals right in our kitchen! We also made a batch of ornaments to give our loved ones as gifts. Are you ready to grow some spooky homemade crystals?

Borax (sodium tetraborate) is a naturally-occurring mineral salt commonly used as a laundry booster or cleaner. As with any other cleaning product, it should be kept away from children not under direct supervision of an adult. Do not allow children to ingest Borax. If consumed, contact a poison control center immediately. Wash hands after play, as prolonged skin exposure may cause irritation.