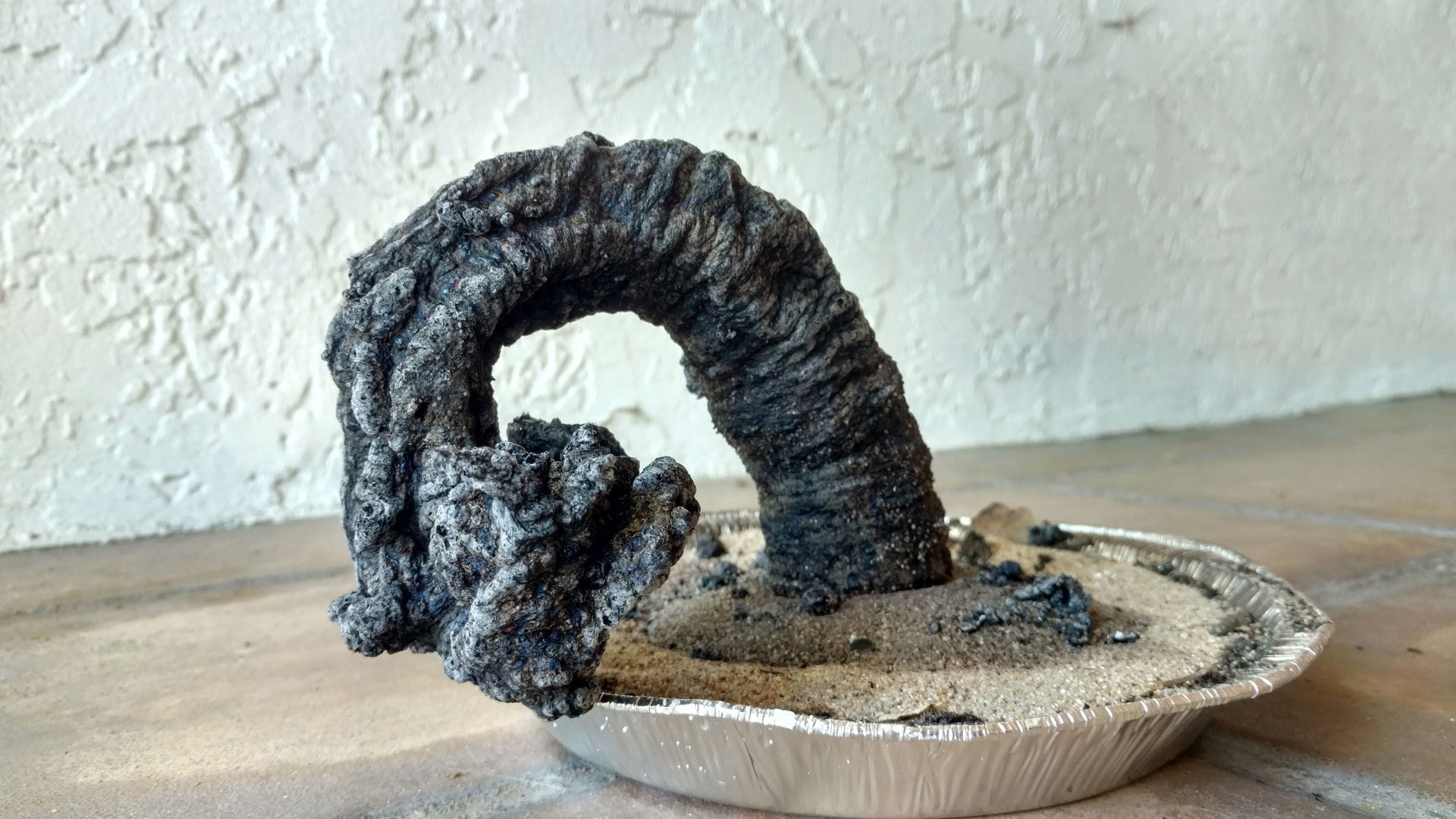 Always be careful when conducting experiments involving fire. Be sure to only light the sand on a safe fireproof base in a well ventilated area. Keep water nearby as a precaution. Remember to tie back long hair and never leave flames unattended or unsupervised by an adult.