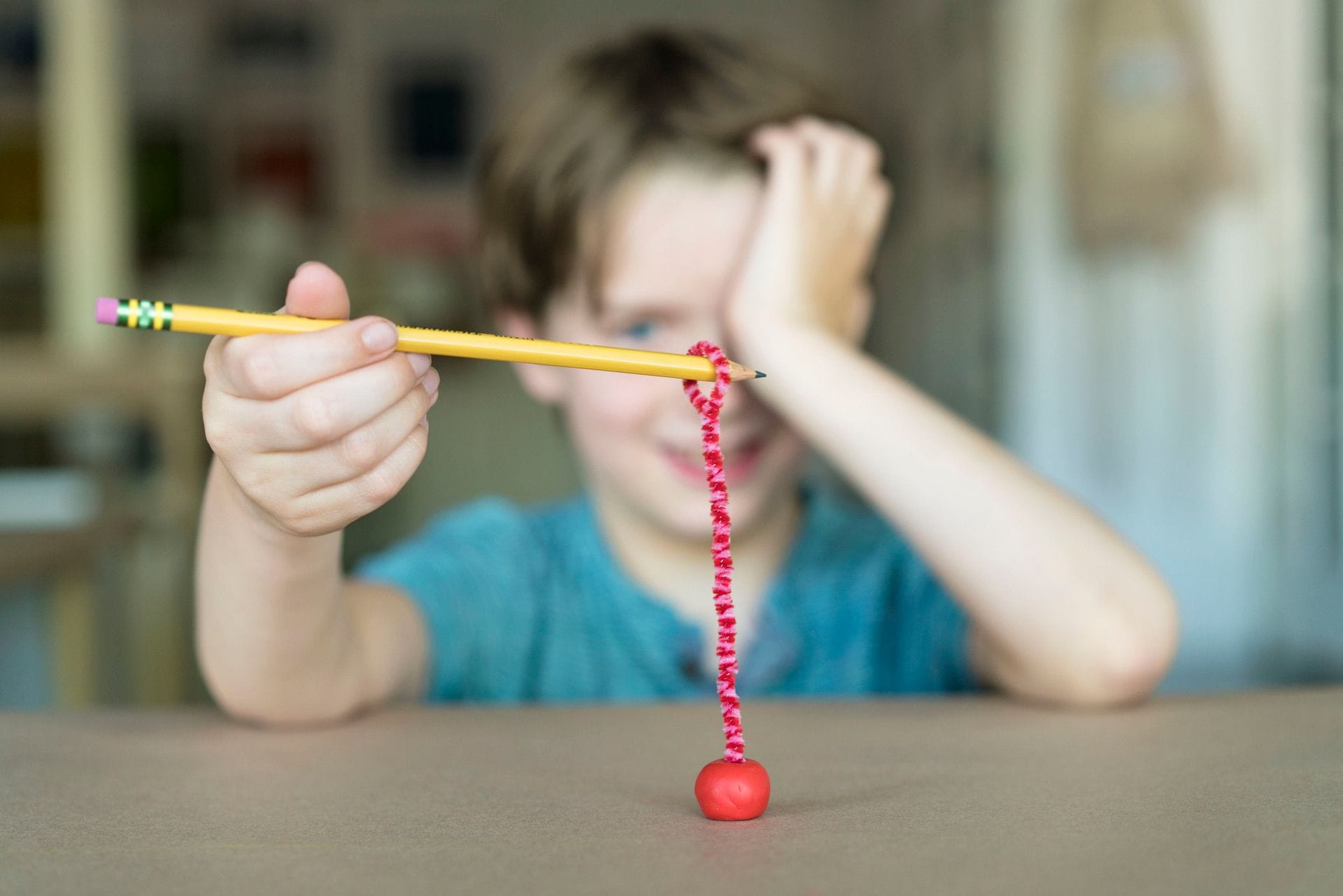 Have you ever wondered how your brain understands how far away an object is? Find out how your eyes work together to process information with this easy experiment that tests your ability to perceive distance!

Humans have great depth perception thanks to the position of our eyes. Both of our eyes face the same direction, so the two eyes "see" overlapping images that are just slightly offset from one another. The brain is able to use this offset, or "retinal disparity," to calculate how far away an object is. (Animals whose eyes are positioned on the sides of the head, instead of the front, like horses, have poor depth perception).

See for yourself: close one eye and focus on a nearby object. Then, switch which eye is open, again focusing on the nearby object. The nearby object's position should appear to shift — that's a large retinal disparity. Now, look at a distant object with one eye at a time (say, something over 30 feet away). Distant objects create very similar images on each eye, resulting in a small retinal disparity. The muscles that help simultaneously focus your two eyes can also provide cues to your brain about the distance of nearby objects - they have to work extra hard to focus both eyes on objects that are very close to your face, so you can literally "feel" the sensation of focusing on very up-close objects.

With just one eye, your brain can't rely on retinal disparity, or feedback from the two sets of eye muscles, to help with depth perception. Instead, things like shadows, or the size of recognized objects (like a cat versus a car), are used to judge distance. These cues aren't quite as reliable for producing good depth perception as retinal disparity or muscle feedback from two eyes, but they'll work in a pinch, and improve with practice.