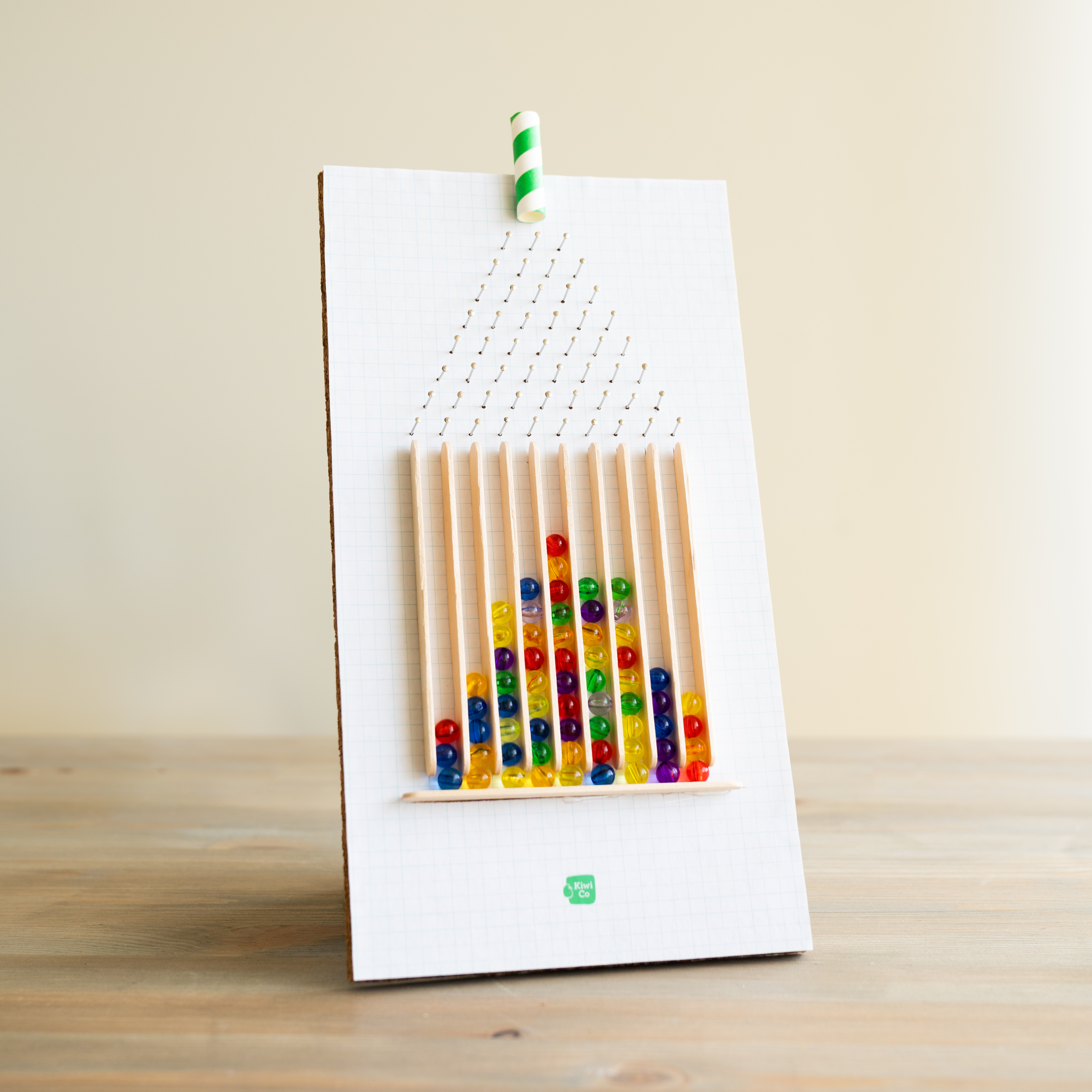 By building a board and randomly dropping some beads, you can demonstrate one of the most important principles in statistics: the bell curve!