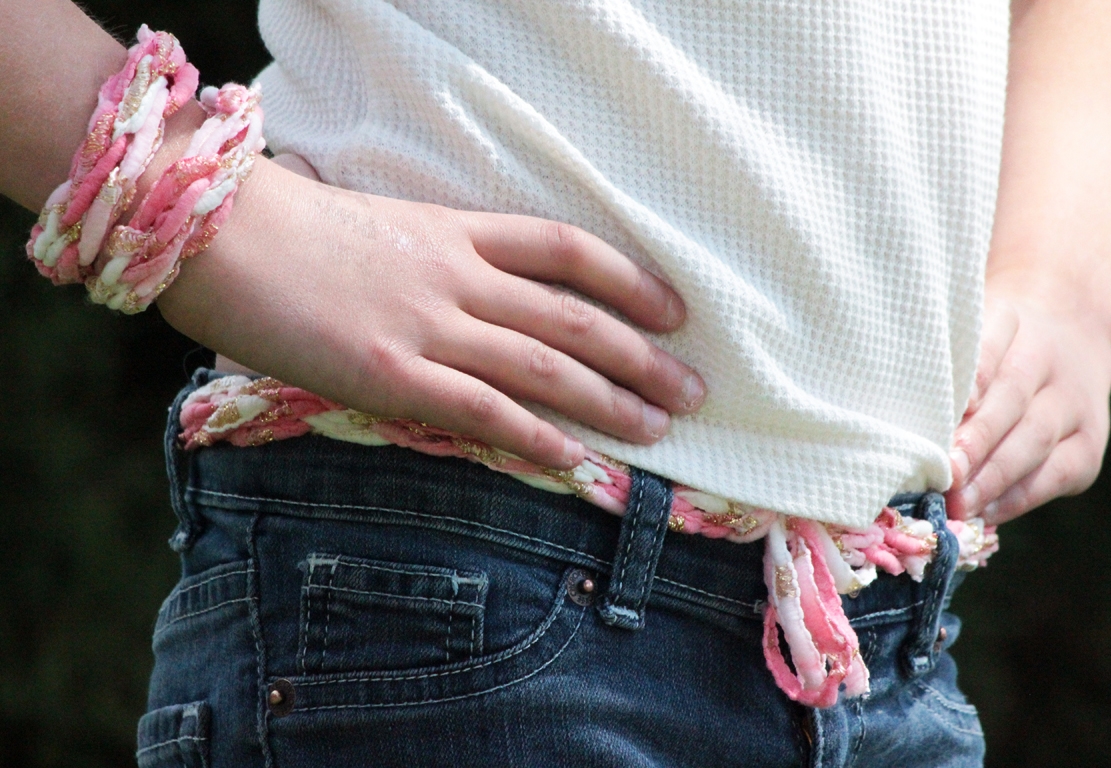 Finger knitting may seem complicated at first...but after the first minute, it's easy to understand, and it goes really fast! You'll have a bracelet, a belt, or even a scarf made in no time!