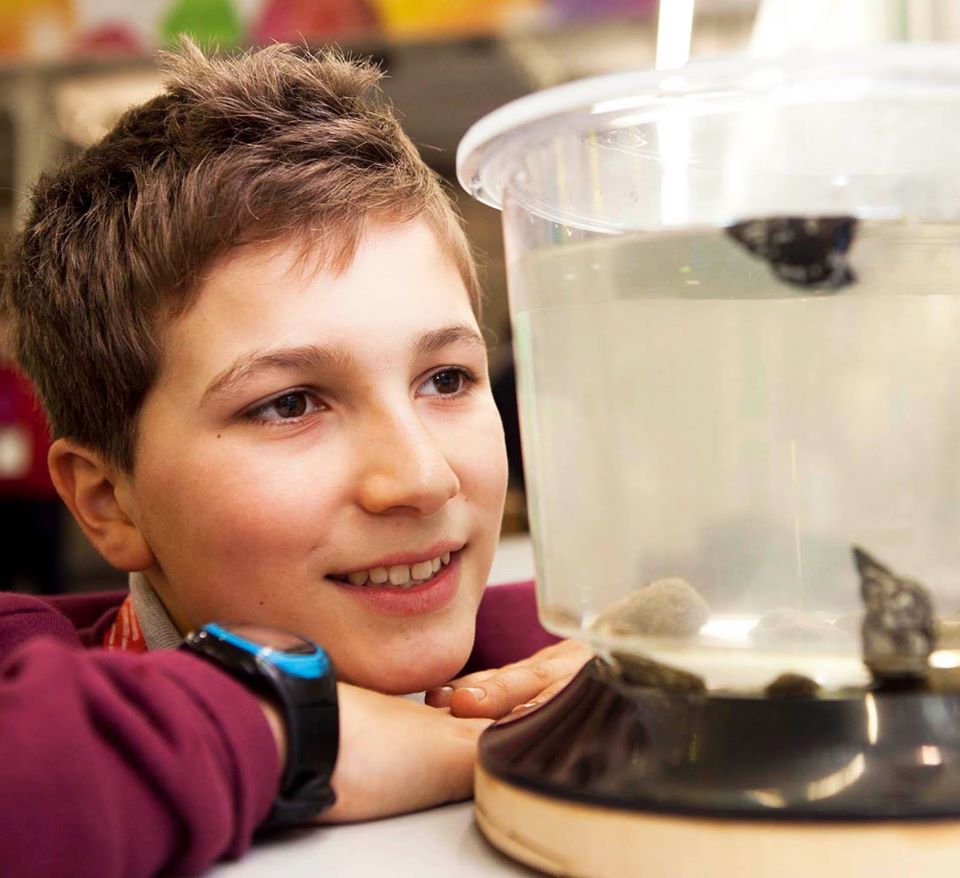 Kid Inventors’ day is onJanuary 17th, the birthday of Benjamin Franklin! You might already know that Benjamin Franklin was a founding father of the United States and that he was famous for his experiments with electricity (most notably the kite experiment) What you might not know is that he is also credited with inventing the first swim flippers almost 300 years ago at age 12! Kid Inventors’ Day was created to acknowledge past and present accomplishments of kid inventors; To encourage the creativity of future young creators. This year, to celebrate National Kid Inventors’ Day, we want to feature some awesome young innovators around the world.

Fionn is an 18 year-old inventor from West Cork, Ireland with a world-changing answer to oceanic pollution. In his 2019 Google Science Fair proposal, Fionn wrote that he “was alarmed to find out how many microplastics enter our wastewater system and oceans.” Microplastics are tiny bits of plastic that are either broken down from larger pieces, or are intentionally small – like the microbeads used in some health and beauty products (PSA: Don’t use microbeads!) These microplastics tend to pass through water filtration systems and end up in oceans and lakes. Once there, they are eaten by fish and become a potential threat to the ecosystem.

Like any awesome scientist, Fionn began to research solutions to the microplastic crisis. Most of the suggested answers to the microplastic dilemma involved tactics that would disturb aquatic life or further damage the environment. When he came across the research of Arden Warner, whose research on non-toxic iron oxide to clean up oil-spills made waves in the scientific community, he saw an opportunity for innovation.

Inspired by Warner’s work, Fionn arrived on an elegant solution to a dire problem: a combination of vegetable oil and rust powder that extracts microplastics without causing environmental harm! His project won grand prize at both the 2019 Google Science Fair, and the Intel International Science and Engineering fair. Now, he’s preparing to make a global impact.

Alaina, a 14 year-old inventor from Pennsylvania, realized her mom didn’t like driving their family’s Jeep because its A-pillars caused blind spots. A-pillars are positioned near the front of the car, and support the windshield. They create particularly dangerous blind spots, causing objects to appear abruptly in the driver’s field of vision. This limits their time to react. In Alaina’s words, “There are so many car accidents and injuries and deaths that could’ve been prevented from a pillar not being there.”

Alaina’s invention uses existing technology in a unique, exciting way. “Since we can’t take [the blind spot] off cars, I decided to get rid of it without getting rid of it.” First, she attached a webcam to the outside of the car’s A-pillar. Then, she mounted a projector to the interior of the car’s roof. This displayed images captured by the webcam. She 3-D printed a special tool for the projector, so it would stay in focus, and covered the inside of the A-pillar in retro-reflective fabric, to make the image crystal clear.

The result? Pure awesome. She won the 2019 Society for Science grand prize for her invention, and she plans to continue iterating her design and ultimately make the world a safer place by sharing it with car companies.

Celestine, an intrepid student from Indonesia, created an affordable way to fight the diabetes emergency in her community. According to the World Health Organization, the number of diabetes cases in Indonesia has been increasing. The disease now accounts for 6% of all Indonesian deaths. In her Google Science Fair proposal, Celestine cited this crisis as one of the two major inspirations for her research. Her second motivator was local glucometers. Glucometers are home measurement systems that help people test the levels of glucose (sugar) in their blood. They’re essential for diabetics as they help to manage the condition and keep people safe.

In Indonesia, Celestine found that the glucometers available at local health facilities are invasive, uncomfortable, and too expensive. They require blood draws, and can cost a whopping $1000, out of reach for many Indonesians. Reliable non-invasive glucometers are more expensive, and even less accessible. As a result, experts estimate that over half of Indonesian diabetes cases go untreated.

So, she took on the mammoth task of creating a non-invasive glucose monitor that is affordable and accurate. After looking at previous trials and studies, she ran tests of her own and settled on a creative design that involved two advanced principles.

How She Did It

Both Thermal and OCT are fairly new to the world. Since Celestine’s design focuses on perfecting these two proven methods, her technology tested at 99% clinical accuracy. and can be produced for only $63 per unit. Now, Celestine is working on refining her design as she prepares to share her awesome, life-saving project with the world!

Seeing the strides that innovators like Fionn, Alaina, and Celestine have made is nothing short of inspiring. Like so many other young innovators, they’ve viewed the world’s problems with a new lens and designed creative solutions. Here at KiwiCo, Kid Inventors’ Day is one of our favorite holidays. Our goal is to equip young creators with the skills to make an impact on the world, and it’s inspiring to see how imaginative young creators use those skills to make an impact on the world.

What other inspiring projects have you seen from young makers?

See all from Engineering ➜