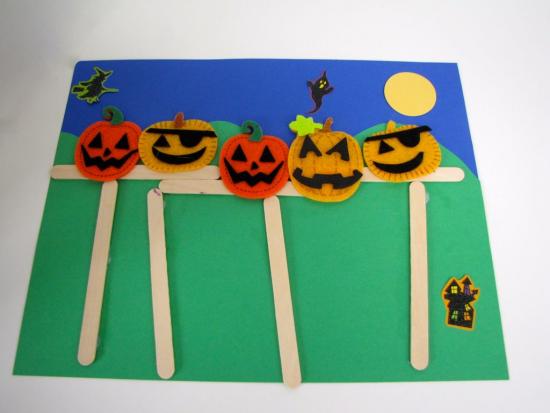 Have you heard the poem about the five little pumpkins? It's been around forever and goes like this:

The second one said, "There are witches in the air."

The third one said, "But we don't care."

Oooooooo went the wind and out went the light.

And the five little pumpkins rolled out of sight.

There are different versions of this in books and online, but this is the one in the book we have, which has illustrations by Dan Yaccarino. After reading this to my three-year-old son and his four-year-old buddy, we got to work making our own artwork of the five little pumpkins sitting on the gate.